The machines themselves are mutating, resulting in a strain of super-aggressive sport side-by-sides, with top speeds as high as 75 miles per hour

The Gator is a “side-by-side,” a four-wheel-drive, off-highway vehicle with dual bucket seating, retractable belts and automobile-style controls, also known as a recreational off-road vehicle (ROV). The side-by-side market is notable for two things at the moment. The first is increased federal scrutiny. ROVs are inherently less stable than their automotive counterparts, due to their high ground clearance and center of gravity, short wheelbase and narrow track, and limber, long-travel suspension.

In 2009, after a slew of lawsuits against Yamaha, the company that broke the category open with the 2003 introduction of its Rhino, the U.S. Consumer Product Safety Commission demanded a voluntary repair program to effect modifications to that vehicle’s rear suspension. The feds have drafted new regulations intended to lessen the risk of ROV rollover and passenger ejection; the industry is pushing back, in part by promoting rider safety and responsible riding. Dulce et decorum est. Wear a helmet.

The second notable thing relates to the first: These things are selling like crazy. Category sales increased 22% in 2012, to 166,449 units, according to the Recreational Off-Highway Vehicle Association. And as the market proliferates, the machines themselves are mutating, resulting in a strain of super-aggressive sport side-by-sides, with top speeds as high as 75 miles per hour. The Polaris RZR 800, for example, accelerates to 35 mph in 3.8 seconds and boasts a weight-to-power ratio of 18 pounds per horsepower. It’s a mere 50 inches wide, with a 77-inch wheelbase, set up on a dual-rate suspension with 9 inches of travel in front. These sorts of parameters send chassis engineers fleeing into the night.

The dry-sump, 839-cubic-centimeter, 62-hp V-twin engine is made by, of all companies, Piaggio, and is billed as the first motorcycle engine used in the segment (that will be news to Yamaha and Kawasaki). John Deere estimates that the Gator consumes a gallon of gas per hour in average use.

Look, these things are built-to-cost, outdoor toys, and they are not extravagantly engineered, frankly speaking. The bodywork and interior consoles are flimsy-feeling plastic panels that rattle concussively when the machine takes a hit. The brakes are grabby, the throttle is jumpy and the rack-and-pinion steering makes the Gator feel like an overeager golf cart.

For better or worse, the US Consumer Product Safety Commission did not prohibit the development and sale of these early cars: 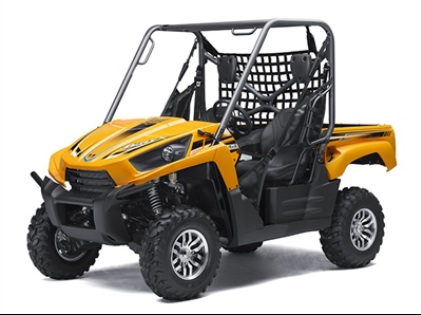 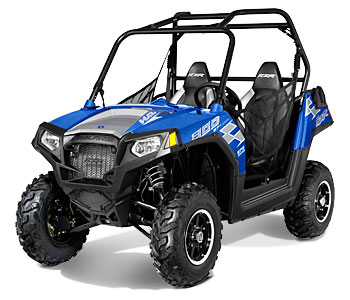